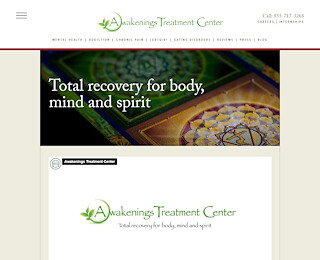 Night eating is another common type of eating disorder. It shares similarities with all other disorders in the sense that there's a strong, uncontrollable compulsion to eat food in a large amount. At first, this similarity may mask the problem's actual nature, but the ostensible difference is that it happens mostly at night.

Most of the time, a sleep disorder is an underlying or remote cause. When untreated, the sleep disorder may encourage the night eating habit, and vice versa, until the two merge to create a full-blown, out-of-control destructive habit. Night eating may also be prompted by other problems that are not directly related to any sleep disorder, such as anxiety disorder and major depressive disorder.

How does it start?

It may start with an erratic pattern at first. You may feel the compulsion to eat mild and controllable at night, beginning with the urge to eat a small cookie. Then the night appetite grows to the point where you don't feel hungry during the daytime anymore. When it's no longer under control, then it becomes a Night eating syndrome or NES. To know more about the syndrome, if you suffer from it, read the following FAQs and other night eating facts.

Some psychological issues have been identified as triggers. They may be temporary, for example, stress; or permanent like anxiety disorder. But it's still unclear why a person suffers from Night Eating syndrome, especially when it starts suddenly. Studies reveal that hereditary conditions may be responsible or put some people at risk of suffering from it. So if a member of your family has a history of NES, you may likely suffer from it.

Not all the time. While some Sleep Disorders like insomnia may keep the individual awake at night and thus present an opportunity to eat at night and build a habit around it, NED is much more complicated than that. This means that your treatment must consider every option instead of tackling a sleep disorder.

No. The two may share the same symptoms in that you tend to eat at night due to a strong compulsion to do so, but they're different. SRED isn't an eating disorder in itself but a sleep disorder. The significant difference is that in NED, the compulsion to eat may be very strong, but it's not involuntary as it's the case for SRED. For example, a person suffering from an extreme sleep disorder like somnambulism or sleepwalking may eat even when they're still sleeping.

Yes. NED or MES can get treated by seeking professional help. The treatment regimen involves identifying all the possible reasons why a person may suffer from the condition. It combines dietary and behavioral therapies and stress management. An expert may then strongly recommend that you eat breakfast more frequently, even if there's no appetite, understandably.

This will help restore the body's circadian clockwork; so that you feel less hungry at night. But this can be cumbersome if any of these treatment strategies isn't well done. That's why you need tested and trusted professionals. Contact Awakenings Treatment Center for a total recovery of mind, body, and spirit: 855-717-3268.